Kyphosis, also known as hump back, is an excessive curvature of the upper spine and is one of the most common neural tube defects. It can occur at any age, but is most common in elderly women and adolescents. In majority of cases, kyphosis causes few health problems and does not require treatment.

Kyphosis can either be mild or severe. Mild kyphosis may produce no noticeable symptoms, but some people may experience decreased flexibility and discomfort in their spine. Severe kyphosis usually presents itself with poor posture, muscle fatigue and rigidity in the back. Some people also experience breathing, digestive and other organ problems due to the inconvenient way they are held inside your body.

Kyphosis occurs when the vertebrae in your back become compressed and become more wedge-shaped than cylindrical. Also, your intervertebral discs which cushion the vertebrae and absorb any shock during walking or running can be damaged. Some causes of kyphosis include birth defects such as spina bifida, where there is improper closure of the lower end of your neural tube that encloses your spinal cord. Furthermore, disorders such as osteoporosis make your bones more fragile, resulting in more frequent fractures that can deform your spine. Also, constantly bending over and slouching your back can increase your chances of developing kyphosis.

Mild kyphosis can be diagnosed through some medical imaging such as x-rays, MRIs and CAT scans. It is important to visit a doctor to have tests done if you are experiencing any back problems, as early detection can lead to a greater chance at a successful treatment plan.

Depending on what age you develop kyphosis and the severity of the disease, different treatment plans may be provided by your doctor. If the condition occurs in a growing child, a brace may be recommended to help fix the excessive curvature without surgery. However, if bracing is unsuccessful and the curve in the spine measures 75 degrees surgery may be the only option. 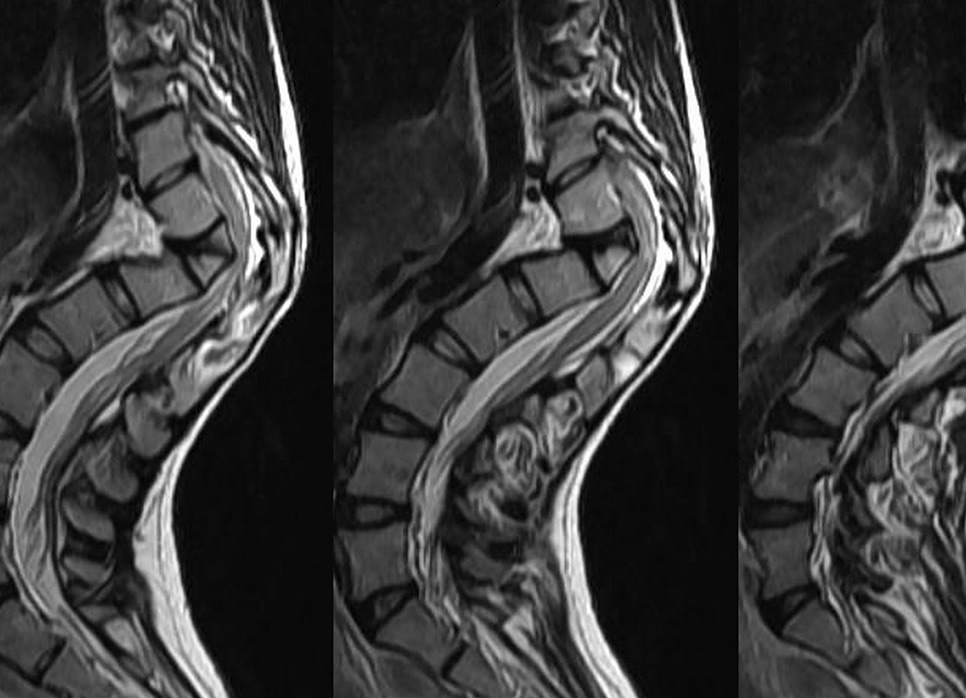